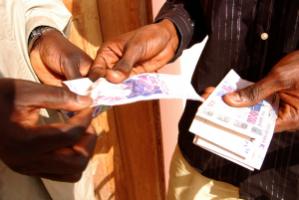 This article is a continuation of a previous article. In that article, I focused on the languages of Africa, the profile of the population, and the trade agreements that may be helpful to an entrepreneur. In this piece we will focus on some softer elements. As an entrepreneur in Africa, the feeling I get is that I am in a very fast moving car. It is a beautiful car and new models are produced every year with advancements in technology. The ride is fun. However, the roads are really bumpy with many unexpected turns. I have complete control of my car, but none really, of the road. What therefore can I do to minimize the risks of endangering both my car and my personal safety? How do I ensure that I get to my destination without falling into a gutter, or perhaps go over a hill? I’d also like to keep some of the fun of the ride or it will be such a shame, really…

To prepare for this journey, I pay my garage a visit and get some very important tools; not forgetting a very detailed road-map, as my GPS just might not work in a number of places! Finally, I must remember to pack a truckload of water, instinct and common sense!

In any venture, the people and their skill sets is the lifeline to your product! This is one of the most painful lessons all entrepreneurs have to learn and boy do I have a master’s degree in that experience. No matter the brilliance of your idea or product, this is the first thing I would pay attention to. My company has gone through times of employing over 40 people to times of less than five. Critical lesson is that we have been more productive, innovative and achieved more at some of those times with just five dedicated, passionate people. Whiles thinking about how to get the right people, with the right skill and passion consider this:

1) Africa is a continent with some of the highest illiteracy rates.

There are also huge gaps in Education-to-Employment on the continent. Most countries are stuck with systems introduced by their colonial masters and as economies, industrial needs have shifted, the educational systems have sadly not shifted with them. Academia is not very responsive to the needs of the market. The resultant graduates that come out of schools, therefore do not have the critical skills needed for industry. This is especially so with countries with emerging new industries. An example is the rise in the service, Ttelecoms and IT industries, not to mention the oil and gas industries. Kenya for instance has one of the most, if not the most thriving IT hub, dubbed the ‘Silicon valley’ of Africa. It is also on the road to becoming Africa’s first cashless society (some will argue the world); with the phenomenal success of its payment system, ‘M-Pesa.’ Ghana has within this decade, discovered oil, and previously war-torn countries like Rwanda, Liberia, etc., are on the fast track to recovery.

Soft skills like critical thinking and emotional intelligence have however gone further down in many parts. Courses in the colleges have not adapted to provide the skill sets that industry requires. This means that unemployment and underemployment ratios are very high, despite the very high youth population rates. A country like Ghana has over 60 percent youth unemployment rates, according to World Bank estimations. This creates a challenge for the entrepreneur obviously, as you will need to rely on local skill sets to keep your costs down. Expat fees may be very challenging, especially for a new venture!

Many African countries have a very fast rising middle-class. Estimates indicate that Africa may have a faster rising middle-class than India! The gaps between the poor and the rich is however very large. It is important to note that the rising middle class and high class population have tastes that are as sophisticated as anywhere else in the world, but still very colored by culture as the African generally takes a lot of pride in culture. An important consideration in your marketing strategy therefore is whether to go for a below-the-line advertising and marketing strategy or an above-the-line one and how to tailor your communication to speak effectively to the different classes of people, depending on your target market. This can be a real challenge for your marketing budget.

2) The Dicey Issue of Corruption

Don’t be so alarmed. You will be surprised to know that some countries you are used to in Europe, etc., may actually be more corrupt than or just as corrupt as many African countries! But lets take a little detour into most cultures on the continent. Africans generally have a reverence for older people and people in authority. There is some kind of the monarch variance in many of its towns and villages. This reverence sometimes dictates that one shows appreciation or respect. The usual practice in the cultural setting when one seeks audience with an ‘elder,’ is to demonstrate your reverence through some form of gift bearing. If you are an African, you are probably adept at handling this already. If you are not, this may prove very disheartening and alarming indeed! Lets suspend our judgment for the time being and focus on how this may affect your budgeting, as this practice can drastically hinder your business if you are unwilling to be a participant. For instance, if you launched your product and expected media coverage, no matter how relevant your product is, your failure to show adequate ‘appreciation’ to the attending journalist may result in a media black-out or sometime not too far from it. If you find yourself traveling by road from one country to the other, this may have to feature in your budgeting if you wish to avoid long unnecessary delays at the borders. Some choose to call it facilitation fees. But like it or not, dealing with government agencies or private enterprises, this practice may have the power to make or break your venture. Forget the detail that you really may have a good product.

3) Getting Your Money Across Borders

Every country on the continent has a different currency. One will have to think of the exchange rates of each country’s currency to the dollar or pound. It is also most likely you might have to change money to one of the above currencies before changing to the currency one intends for the African country of interest; even between very geographically close regions. How will this affect your pricing and profits? The markets are volatile. This makes long-term planning a standing challenge if you deal across borders both within the region or globally. Most countries have very temperamental inflation rates as well, which may affect the real value of your product very quickly. What are your turnaround periods? Rates can change significantly, throwing your projections out of gear…

Africa is like a beautiful rose flower, but alas, beware of the thorns; they do draw blood!