Independent filmmakers globally continue to face huge challenges, mainly in access to funding and distribution opportunities. In specific relation to Africa, led by Nigeria, West Africa commands the second largest film market globally. However, the industry is plagued by low budget productions with subsequent low production values; mainly due to skills gaps, lack of access to funding and adequate training, distribution structures, gaps in international opportunities and access, and a general ignorance and disregard for global best industry practices. Huge gaps in policy aggravate the challenges the industry faces. What are the issues to face head on?

The advent of new media has meant an almost revolutionary like metamorphosis within the media space and the film industry has perhaps witnessed the most disruption. From Facebook, to Instagram, to YouTube to more recent apps like periscope, models shift almost on a daily basis; but perhaps the mobile phone has been the single most disruptive tool. How have modern filmmakers taken advantage of this shift to beat a path to market? What are the opportunities and challenges?

We would like to take a look at the specific case of Africa, with a microscopic lens. Africa is now the second largest mobile penetrated market next to Asia. Social media’s growth on the continent is unparalleled. All of this is augmented by the growing access to affordable Internet. A glimpse into the future.

Film financing and the producer’s work

Access to finance or perhaps the lack thereof, remains one of the single most important gaps in the industry globally. However, Africa is an even more unique case. Generally, interest rates remain prohibitive, path to market vague at best, lack of distribution opportunities, piracy, low rates purchase from TV channels, the difficulty of entry of African films into the global market; are only few of the things that plague the industry. Which comes first… access to funds or access to distribution? What is the finance perspective on why money will not follow an industry that has so much potential. What is the filmmaker doing wrong and can do right? Can policy help the situation? What role does the producer play in getting financing locked in for a project and what new strategies are producers adopting to counter the obvious hurdles. Salient points on best practices

In sheer numbers, Nollywood is the second largest industry globally, next only to Bollywood. Being the second largest employer in Nigeria, next to Agriculture and contributing over 9billion $ annually to GDP. Ghana, though small in market size, has a very vibrant local market; sharing similar traits with Nigeria. The unique model of the two industries has proven unbeatable. However, the model has an iron ceiling. Therefore as successful as the model is, the industry struggles to break onto the global scene and into mainstream distribution opportunities. How has the model worked and what are the practices that do not work? Is there a merging point? What are the contradictions between the local models and the international models? Is there a path for the local/independent filmmaker to the global playing field? What role can policy play?

The Black Star international film festival (BSIFF) is a registered Non-for profit Organization registered under the laws of Ghana. It is set up to research global industry policies, to mobilize and sensitize stakeholders and to identify partners to advocate for Industry friendly policies. The organization also runs the annual event of the Black star international film festival (BSIFF). The goal of the festival is to work at helping to close the gaps through its various activities. 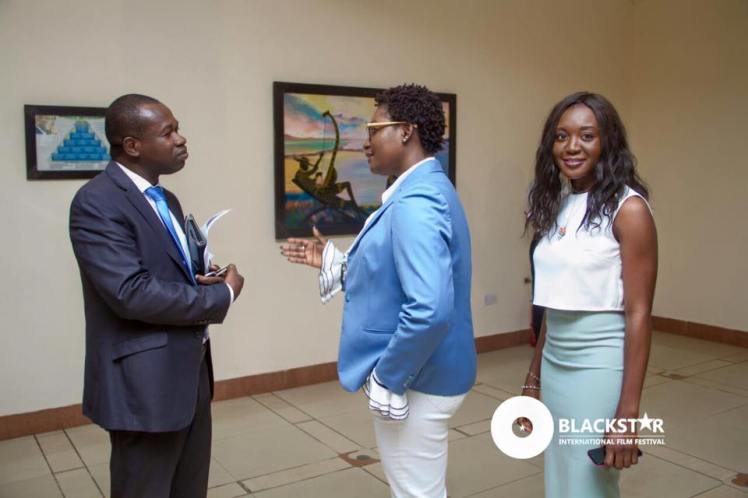 One thought on “The galloping film industry in Africa”