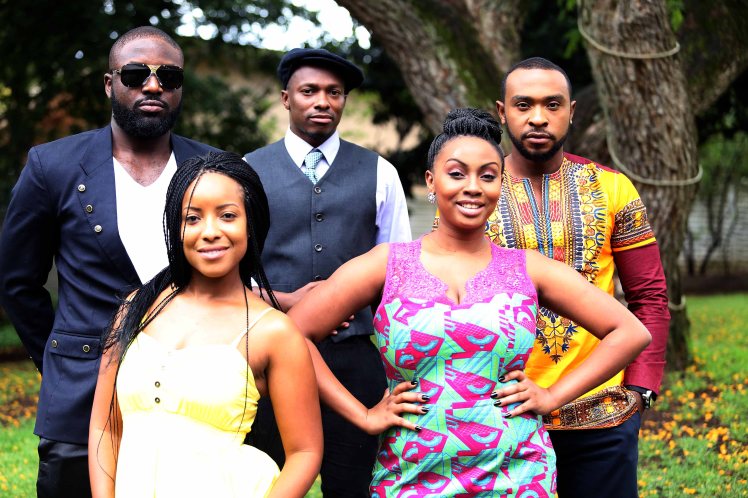 I was recently interviewed for South Africa Airways magazine. Below is the full transcript…

THE STORY OF YOUR FILM IS BOTH COMPELLING AND PROVOCATIVE – A POLITICIAN’S SON FASCINATED BY A ‘KAYAYO GIRL.’ WHAT INSPIRED THE FILM’S STORY?

The name ‘Kayayo girls’ is given to street girls who usually live in the market places around Ghana. During the day they serve as human carts and help shoppers carry goods that have been bought. These goods are usually placed in a head pan that the girls follow the shopper with whiles they are shopping. At night, these street people turn the market place into home, when everyone goes home. They sleep on cartoons laid out on the streets and in front of the shops. ‘Kayayo girls’ are usually between the ages of 11-35 and come from very low-income homes around the country. They work to take care of themselves and their families. Around 2003 I met one of such girls in the main market of Accra. I was so intrigued at how intelligent and beautiful she was that I engaged her in conversation. She was 13 at the time. I learnt a lot about her and I also learnt that she dreamed of becoming a fashion designer. I wanted to help her achieve her dream and so I made a deal with her to allow me to spend 2 weeks with her and in exchange for that favor, I would help her train to become a fashion designer. The next two weeks was a real education for my crew and I. At the end of the two weeks, I was transformed by the strength and sheer resilience I witnessed. I fell in love with this wonderful girl in so many ways. Unfortunately though, she decided to renegotiate the deal at the end of the two weeks, under the influence of her friends and the need for money. She wanted money for her time and no longer wanted training. I was forced to give her the money. I met her again after 8 months and she had been raped in the market and was pregnant. She was still cheerful though and full of hope despite her circumstances. He story inspired me to write Silver Rai

OTHER THAN THE ISSUE OF CLASS, WHAT OTHER TOPICS DOES THE FILM DEAL WITH?

At the end of the day, all the levels of story in Silver Rain are incased in a love story. This is a Cinderella -like story about love and hope. The story deals with friendship and family and to some extent politics in Africa. It is a very layered story and every time you watch it, no matter how many times, you may find something new…

YOU PUT TOGETHER A MULTI-NATIONAL CAST (SIERRA LEONE, SOUTH AFRICA, KENYA) FOR THE FILM. WHY DID YOU FEEL IT NECESSARY AND HOW DID YOU GO ABOUT THE CASTING PROCESS?

Silver Rain is cast from 5 African countries. South Africa, Kenya, Ghana, Nigeria and Sierra Leone. It is set in ‘An African city’ not one country, so to speak. Africa is a very diverse continent, but we share so much culturally as a people. Markets cut across the continent as well. You be amazed that a market place in Ghana or Nigeria may look so similar to Kenya and South Africa. As a filmmaker I feel that it is important that we celebrate as Africans what brings us together. When done well, what divides us is mainly unnoticeable and when it is, the diversity is beautiful and should be embraced. For instance, the different accents in Silver Rain makes it even more beautiful and when we were on set, the diversity made the experience even more memorable

Due to the trade barriers and many other logistical challenges, casting was definitely not a walk in the park. The casting director had a very difficult time and many times, we were on the verge of giving up, but one of the key goals of the project was to show that this was a challenge that we could surmount and we did. Many of the South African and Kenyans in the movie for instance had never been to Ghana, and the same for the Ghanaians and Nigerians. We also used crewmembers from across Africa. I think the film is even richer for this dynamic

SILVER RAIN IS MARKEDLY REMOVED FROM VAPID ROMANCE FILMS PRODUCED FROM HOLLYWOOD TO NOLLYWOOD. WHAT DID YOU EXPECT AS AN AUDIENCE REACTION, AND ONCE THE FILM WAS RELEASED HOW DID YOU PERCEIVE THE PUBLIC’S RECEPTION?

It is incredible that Silver Rain continues to be so successful as the days go by. We presently have a 4.5/5 rating on Amazon and 7/10 on IMDB and I think that says a lot about the audience reaction to the movie. Traditionally, filmgoers are not very exposed to films that are both entertaining, but also drive a social issue so strongly. I think that the experience has been refreshing for a lot of the audience. The film is made so that the social issues represented in the film don’t take away from the entertainment value of the film in any way. Audiences have really enjoyed the mixture of love story and social sensitization that pushes forward. Everyone loves a love story, especially when the love seems unachievable. It touches something within all of us and I think Silver Rain does that in many ways. However, subliminally, the love is even more poignant because of the issues that underlay the challenges and ultimately the resolution of the story. For me as a filmmaker, to see my work appreciated this way is very satisfying. If this is not presumptuous of me, I think that some day silver Rain will become an African classic. We were already nominated for the best film overall in Africa at the last AMVCA and the journey is still ongoing. In the next couple of months, we will be in over 150 countries on Amazon, GooglePlay, Itunes, Vimeo, etc. We are also now on South Africa Airways, Emirates, Oman Air and Air France.

WHO ARE SOME OF YOUR FAVORITE FILMMAKERS AND HOW HAVE THEY INFLUENCED YOUR WORK?

As a film student, many great filmmakers influenced me. I pick bits and pieces from many works, because I might like one particular work from one great and not be in love with the next. I think this is the beauty of filmmaking; that filmmakers can bring who they are and their experiences at a point in time and not feel like they have to tell the same kind of story for the entirety of their careers. In more modern times I find that filmmakers have become even more fluid and daring and that really excites me. I am therefore more influenced by specific projects or works of Arts rather than a complete body of work. I admire filmmakers who are brave enough and daring enough to try new things and not be afraid of the real possibility of failing. For instance doing silver Rain in many ways was a risk. It was very successful, but at the beginning, my team members were very afraid and many times, I had to ask them to trust me and to trust the instinct that attracted them to the work in the first place. I love to exist in that space of not knowing what comes next. The risk of major failure excites me most.

COULD YOU TELL US ABOUT SOME OF THE PROJECTS YOU HAVE IN THE PIPELINE?

After Silver Rain I took time out to do a few things. Silver Rain the novel is a project I am working on and very excited about. As a writer, in as much as I love scripts, it is limiting in the things that you can express. The main principle is to show and not tell. Novel is completely different in that you can explore what the characters are thinking and the back-story. Silver rain will be a beautiful novel.

I also took time out to do a film festival. The black star international film festival was really awesome and again, is another bridge to bring African filmmakers together with the world. The first edition of the BSIFF happened in August and we are already getting ready for the next one. You may learn more about that at www.bsiff.org

I just finished the script for my next film. I am now in development. I really like the story and I really can’t wait to do it. It is different and it is exciting. It will also take my art and craft to the next level. To watch the full movie visit http://www.mysilverrainmovie.com